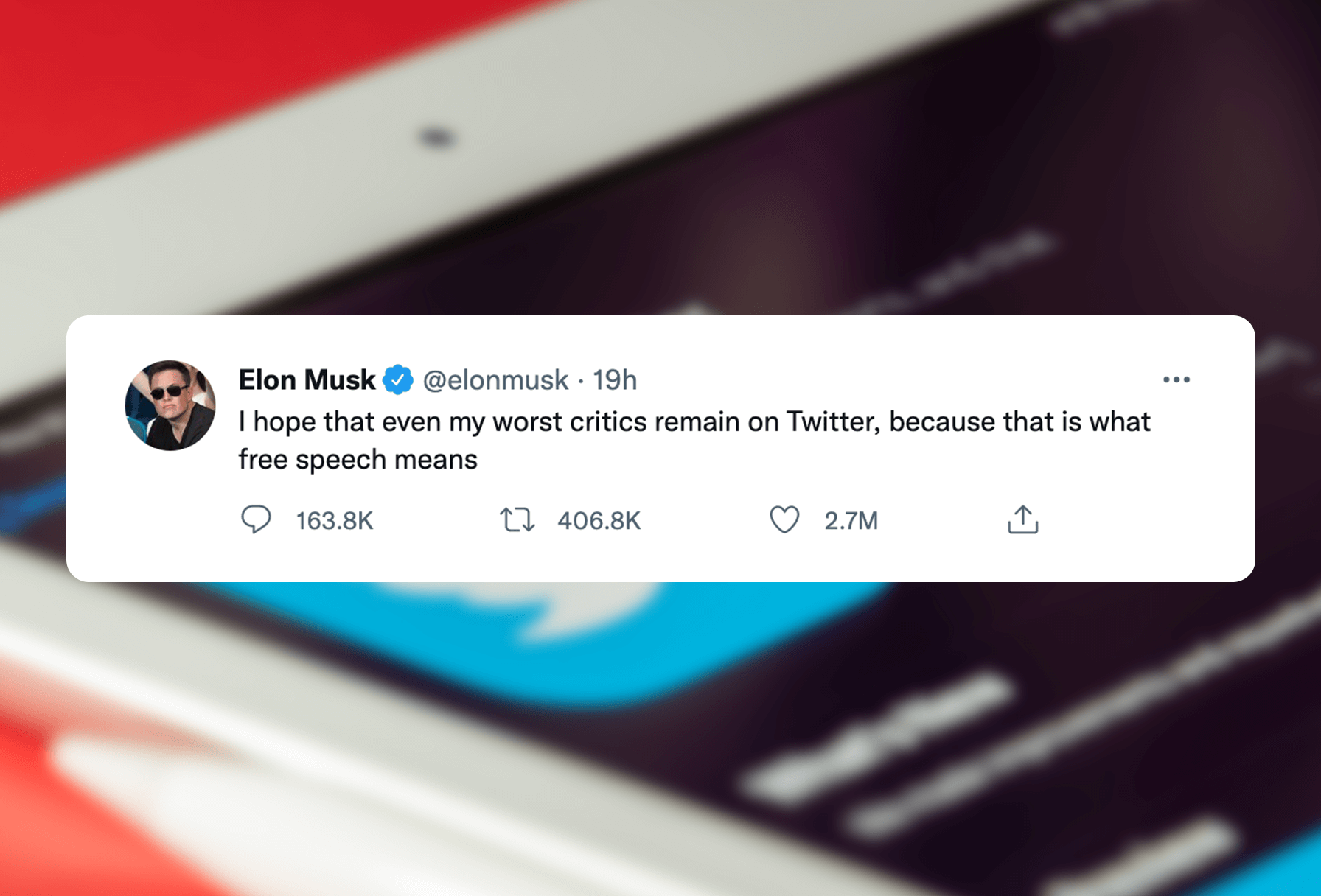 Last night it was announced that Elon Musk, the current richest man in the world, has acquired Twitter for an eye-watering $44 billion… we must say, at Diony, we are pretty intrigued about it.

Musk is well known for being the owner of Tesla, SpaceX, neuralink and co-founder of PayPal, although he no longer owns any stakes in the company. His no nonsense and unorthodox approach has kept him in the spotlight and kept business people everywhere interested in his next move.

Similar to his typical character and outspoken nature, Musk has announced that one of his primary reasons for buying Twitter is to “reduce censorship” and to encourage free speech; Musk describes himself as a “free speech absolutist” (Liang and Hoskins, 2022). However many are worried that this could result in a rise of hate speech and see the return of some controversial figures, such as Trump, to the platform after previously being banned.

But, from a Marketing perspective, this acquisition is exciting news. Unlike other platforms like Instagram and TikTok, Twitter has remained pretty stale and uninspiring for the past few years with the most exciting change being the increased character count back in 2017.

Despite this, Twitter is great for both B2B and B2C organisations and is one of the main platforms where companies interact directly with their followers. Particularly for B2C brands, and to the dismay of Social Media Marketers everywhere, Twitter has become almost a complaints centre as it’s one of the only ways that a customer can get a response from a company — it can be very damaging for consumer trust if the brand publicly ignores their customers.

As this has slowly become one of the primary uses for Twitter over the years, it will be interesting to see Musk’s approach and if his changes will impact the way brands speak to their customers. Not only this, but will it change the way the individuals and brands can promote themselves? For example, will brands and organisations that have been censored on other platforms, due to their explicit nature, be allowed to freely promote themselves? The next question to that would be how will Twitter monitor it’s users, particularly those underage, and does this then objectify Musk’s desire for free speech?

Definitely an interesting space to watch  but love him or hate him, he’s making an impact.