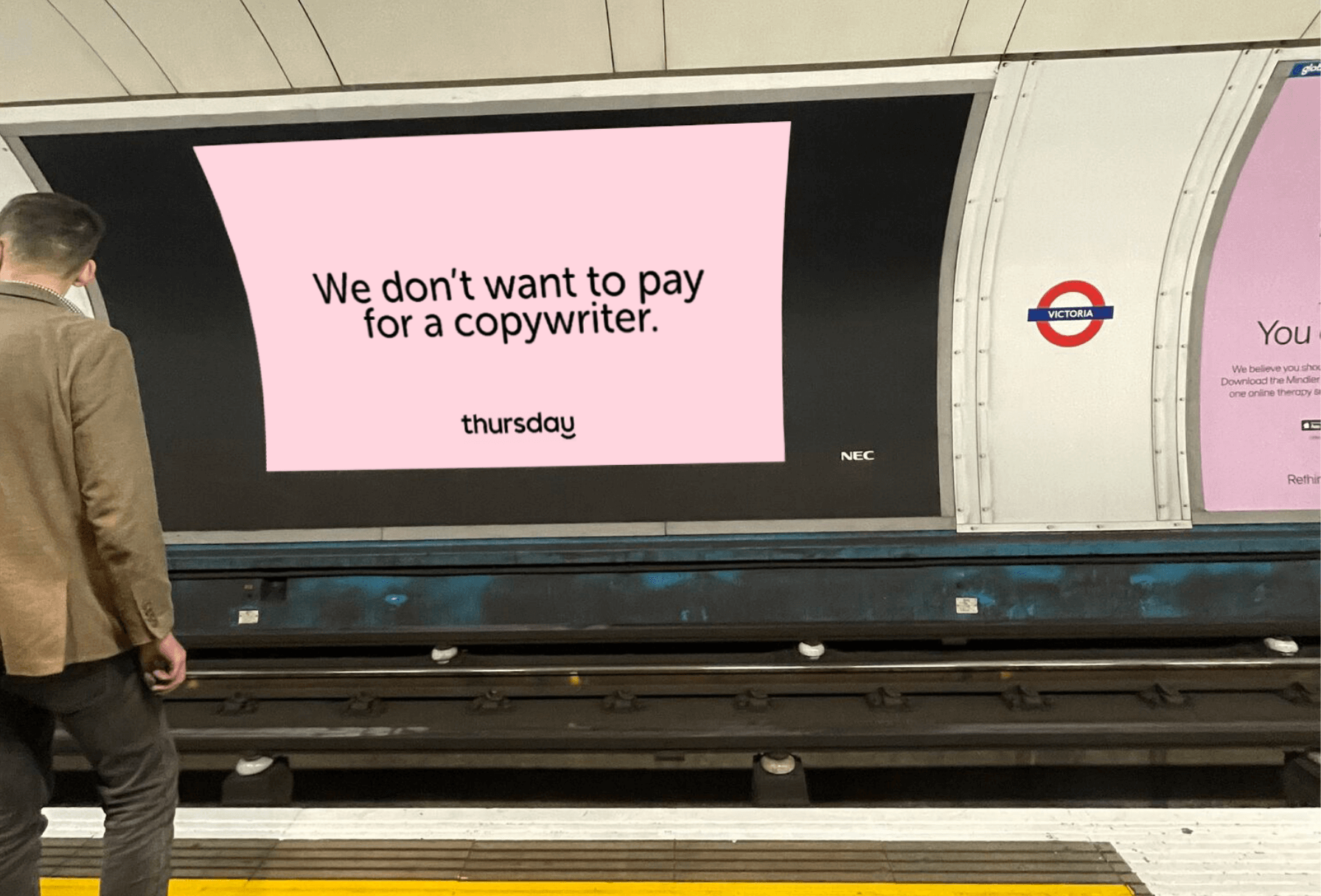 Thursday, Can You Check This Billboard for Me?

Thursday is a dating app that have been taking their Marketing initiatives to a whole new level.

If you’ve never heard of the app, their whole concept is that it only works on a Thursday and you have one day of the week to find love. It’s quite a clever concept as it creates a sense of anticipation, urgency and excitement when a Thursday rolls around. It used to all be about #ThrowbackThursdays but not any more!

Their Marketing campaigns are also pretty clever. From getting employees to sit on a London tube with a projector, to handcuffing an intern to a lamppost, their ideas are nothing short of striking.

They are very good at getting their audience to interact and get involved with their campaigns however, they recently came under a bit of scrutiny with one of their Marketing initiatives as some are arguing that it’s to gain free work.

Thursday presented a blank billboard on the London Underground and gave out some simple rules on LinkedIn for their followers to create an ad in their standard branding colours and the creator of the chosen ad will be ‘credited on the ad itself’.

Well, the majority of their LinkedIn users disagree. Thursday are known for hiring interns, granted they are paid internships, but have questioned if this is a way of getting free copy produced without actually hiring and paying someone.

These comments have been made primarily because of the ‘reward’ for having your ad picked — exposure. Many are arguing that exposure ‘doesn’t pay the bills’ and that this campaign initiative is marginally exploitative, particularly in a culture where there are large debates about influencers asking for free items in return for exposure, not paying interns in return for their work because they are paid in experience etc.

However, as they are only asking for a simple slogan that could be simply written in the comments section, others are struggling to see the issue — it’s a bit of fun and no one is being forced to do it. It’s a way to engage with a large, popular, innovative brand and perhaps get noticed.

But, in a world where starting on an evening playing-field doesn’t look the same for everyone, it’s easy to understand both perspectives of the argument.